There are two main types of Forex analysis that you need to know: technical analysis and fundamental analysis. In order to succeed in Forex trading it is vital you know both.

What is Technical Analysis?

Technical analysis is the analysis of historical price movements in order to predict future movements. This is a very effective method of analysis. In financial markets, price movements repeat themselves. This is because humans move price and humans are hardwired to follow patterns. The easiest way to understand this concept is to show you. 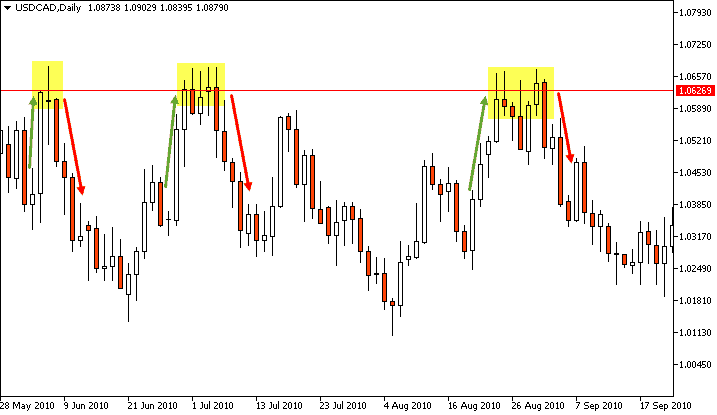 You can see that whenever price approaches the 1.0625 area, it moves away. This indicates that you may want to consider selling USD/CAD the next time it reaches 1.0625.

Why would you sell?

Well, the last three times price reached the 1.0625 area, it reversed. So, by using technical analysis we can assume that price might reverse again.

Technical analysis is the most common way to trade the Forex market.

It is also a self-fulfilling prophecy. If hundreds of thousands of traders are looking at the same analysis, they will trade the same way. The fact that everyone trades the same way will push price in that direction.

USD/CAD reversed from 1.0625 twice in a row. The next time price reaches 1.0625 thousands of traders will short because they are expecting a reversal.

I have you covered. After the Forex Basics Breakdown you will graduate to the free Forex course. In the course you will learn to put safeguards in place to protect your account.

What is Fundamental Analysis?

Fundamental analysts look at a country’s economic strength to inform their trading decisions. Economic news can often have a large impact on price. You can keep track of economic news released by using a Forex calendar. 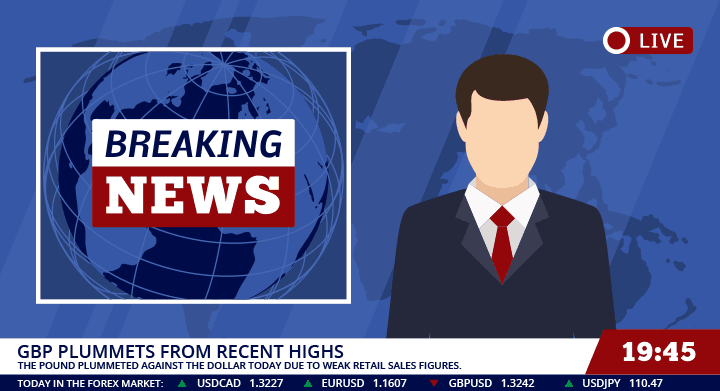 Fundamental analysis uses economic data to predict moves in currencies. By interpreting economic data, you can gauge the strength of a country’s economy. For example, if Europe has a strong economy and the U.S. has a weak economy, a fundamental trader may go long. This is because the trader is expecting the Euro to rise against the Dollar.

Typically, fundamental traders will hold trades for weeks or even months. Economic factors usually don’t cause immediate spikes in a currency’s value. A great example for this is interest rates.

One of the most important economic indicators for fundamental analysis are interest rates. Countries that have high interest rates attract more foreign investments. If you had to choose between an interest rate of 0.5% or 5%, you would obviously choose the 5%.

Over longer periods of time, high interest rates case a currency’s value to rise as people invest in the currency. So if the U.S. had a 1% interest rate and Europe has a 0.05% interest rate, the U.S. dollar may rise in value against the Euro. This would mean that a fundamental trader goes short on EUR/USD.

Which is better, technical or fundamental analysis?

Now you know about both types of Forex analysis, which one is better?

My trading strategy is based on price action which is a form of technical analysis. However, I am always aware of news releases on a daily basis. You will learn more about this when you check out my strategy later on.